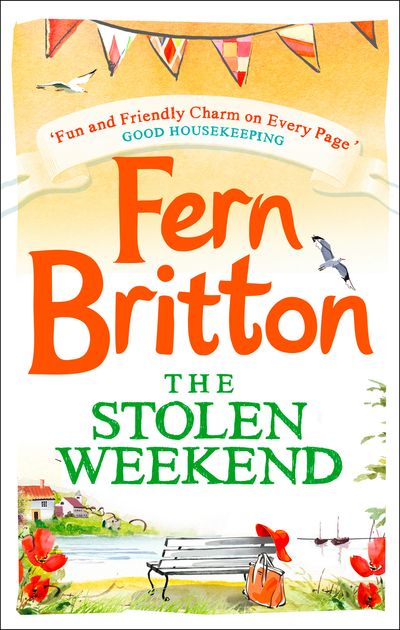 Best friends Penny Leighton and Helen Merrifield have swapped their hectic London lives for the leisurely pace of life in the pretty Cornish village of Pendruggan.
Penny is in constant demand and juggling her life as a vicar’s wife alongside her day job as a hotshot TV producer is exhausting.
Helen is at the end of her tether. Cornwall has been battered by the worst storms in living memory and the roof of her little cottage is in a terrible state. Her other half, the brooding Piran, isn’t being much help.
The two women cook up a scheme to leave their Pendruggan men behind and get back to London for a weekend of blissful indulgence. But you know what they say about the best laid plans… Will Penny and Helen’s stolen weekend be everything they’ve dreamed of, or something else entirely?

Author: Fern Britton
Format: Paperback
Release Date: 05/06/2014
Pages: 80
Print on Demand: No stock held, printed to order.
ISBN: 978-0-00-759536-5
Fern began her career as a television presenter in 1980 after completing a stage management course at the Central School of Drama. In 1985 Fern became the presenter of the popular Coast to Coast, which lead to presenting roles on prime time television shows, the most iconic of which was on ITV's flagship show This Morning. Fern's warmth, humour, empathy and compassion have made her incredibly popular and she has become a much sought after presenter. In 2008 Fern released her autobiography Fern: My Story, which was a huge bestseller. Fern is deeply committed to a number of charities, in particular those working with and for women, children and childbirth. She lives with her husband Phil Vickery, the well respected chef, and her four children in Buckinghamshire.