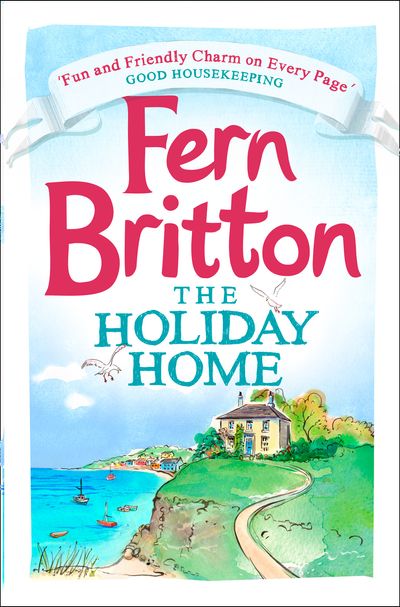 Two sisters, one house, a lifetime of secrets.

Set on a Cornish cliff, Atlantic House has been the jewel in the Carew family crown for centuries. Each year, the Carew sisters embark on the yearly trip down to Cornwall for the summer holidays, but they are as different and vinegar and honey.

Prudence, hard-nosed businesswoman and married to the meek and mild Francis, is about to get a shock reminder that you should never take anything for granted.

Constance, homemaker and loving wife to philandering husband Greg, has always been out-manoeuvred by her manipulative sibling. But now that Pru wants to get her hands on Atlantic House, Connie is not about to take things lying down.

When an old face reappears on the scene, years of simmering resentments reach boiling point. But little do the women know that a long-buried secret is about to bite them all on the bottom. Can Constance and Pru put their feuding aside for the sake of everyone else, or will this family holiday push them all over the edge?

Author: Fern Britton
Format: E-book
Release Date: 13/03/2014
ISBN: 978-0-00-751099-3
Fern began her career as a television presenter in 1980 after completing a stage management course at the Central School of Drama. In 1985 Fern became the presenter of the popular Coast to Coast, which lead to presenting roles on prime time television shows, the most iconic of which was on ITV's flagship show This Morning. Fern's warmth, humour, empathy and compassion have made her incredibly popular and she has become a much sought after presenter. In 2008 Fern released her autobiography Fern: My Story, which was a huge bestseller. Fern is deeply committed to a number of charities, in particular those working with and for women, children and childbirth. She lives with her husband Phil Vickery, the well respected chef, and her four children in Buckinghamshire.