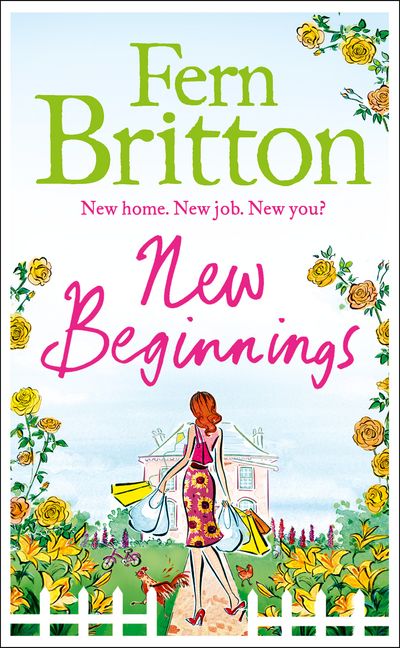 Christie Lynch’s life is about to change – for ever.

A journalist and single mother of two, she can’t believe her luck when she is spotted by a talent agent during an appearance on daytime TV show, Tart Talk.

Soon the nation’s sweetheart, Christie can’t help but love her new job and, for the first time in years, she can mend her leaking roof and buy her kids, Libby and Freddie, a few treats. But as her career soars, Christie’s forced to spend more and more time away from her kids and from Richard – the gorgeous single dad she recently met at the school gate.

Can Christie find a way to balance her role as a mother with her increasingly demanding job? And will she make it in the cut-throat world of TV? Whatever happens, Christie’s going to give it all she’s got…

Warm, witty and wise, New Beginnings is a behind-the-scenes look at the ups and downs in the life of a daytime TV presenter.

Author: Fern Britton
Format: Hardback
Release Date: 17/03/2011
Pages: 400
ISBN: 978-0-00-736269-1
Fern began her career as a television presenter in 1980 after completing a stage management course at the Central School of Drama. In 1985 Fern became the presenter of the popular Coast to Coast, which lead to presenting roles on prime time television shows, the most iconic of which was on ITV's flagship show This Morning. Fern's warmth, humour, empathy and compassion have made her incredibly popular and she has become a much sought after presenter. In 2008 Fern released her autobiography Fern: My Story, which was a huge bestseller. Fern is deeply committed to a number of charities, in particular those working with and for women, children and childbirth. She lives with her husband Phil Vickery, the well respected chef, and her four children in Buckinghamshire.