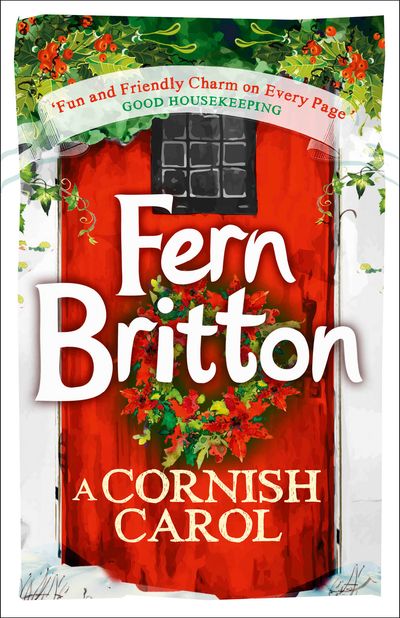 A wise and witty 68-page short story that is full of Christmas cheer from the best-selling author and TV presenter, Fern Britton.

This will be one Christmas they’ll never forget…

Piran Ambrose is the epitome of brooding male. But Pendruggan’s Mr Rochester is in danger of becoming its Ebeneezer Scrooge when he is driven to distraction by the villager’s over-the-top Christmas celebrations. How could the cringeworthy amateur village production of Aladdin bring seasonal cheer to anyone, he wonders? And do the village children really have to arrive at his cottage door every single night in December with their terrible recorders and discordant singing?

But when Piran’s bad temper risks spoiling Christmas for everyone, something drastic needs to be done. So, over one Christmas Eve, three very special people pay Piran a visit, determined to show him what Christmas is really all about…

Author: Fern Britton
Format: Paperback
Release Date: 20/11/2014
Pages: 68
Print on Demand: No stock held, printed to order.
ISBN: 978-0-00-810344-6
Fern began her career as a television presenter in 1980 after completing a stage management course at the Central School of Drama. In 1985 Fern became the presenter of the popular Coast to Coast, which lead to presenting roles on prime time television shows, the most iconic of which was on ITV's flagship show This Morning. Fern's warmth, humour, empathy and compassion have made her incredibly popular and she has become a much sought after presenter. In 2008 Fern released her autobiography Fern: My Story, which was a huge bestseller. Fern is deeply committed to a number of charities, in particular those working with and for women, children and childbirth. She lives with her husband Phil Vickery, the well respected chef, and her four children in Buckinghamshire.

A wise and witty 68-page short story that is full of Christmas cheer from the best-selling author and TV presenter, Fern Britton.